Starting with Windows 10 version 1803 (April 2018 update), Microsoft changed the behavior of microphone app access setting so that it affects desktop applications as well. 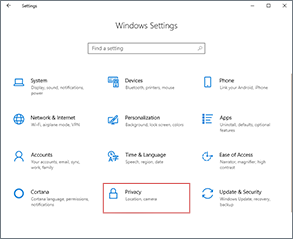 2. Select Microphone. Verify that it says "Microphone access for this device is on". If it's off, press Change and toggle it on.

3. Switch on the "Allow apps to access your microphone" toggle. 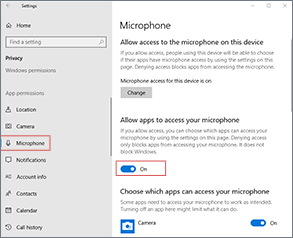 4. Under "Choose which apps can access your microphone" check that Win32WebViewHost (later renamed as Desktop App Web Viewer) is turned on as some desktop applications will need it.

5. Scroll down and check if you have "Allow desktop apps to access your microphone" section and turn that toggle on as well.

6. Restart those applications where you've wanted to use the microphone.

If you still have problems, check Troubleshoot and fix microphone problems in Windows guide.

Thanks to Shane and RatusNatus for the tips.